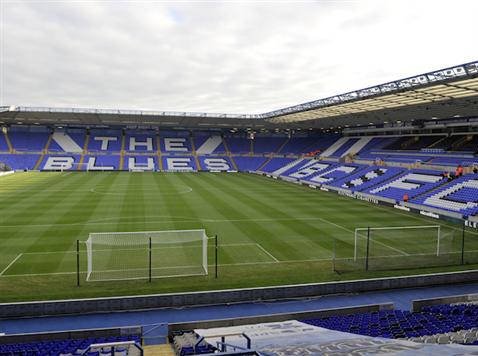 The Bees came away empty handed from St Andrews after a game in which they never really got into top gear despite dominating the statistical analysis.

Liam Moore was given an instant start following his loan move from Leicester mere days earlier, which is perhaps a little harsh on Harlee and Tony Craig, I can only assume it was to keep players fresh and available with the away game at Ipswich next Saturday and Huddersfield coming to GP on Tuesday. Jake Bidwell surprisingly started as a sub following his suspension.

From the kick off both teams seemed a tad pedestrian at best with all the zip and movement usually associated with Brentford missing. It was difficult to tell which side were chasing the play offs and which had not tasted victory in 8 games. It almost felt like Clayton Donaldson’s testimonial, the big number 9 even featured on the cover of the programme as the former Bee lined up against the current swarm.

Inevitably when the home side took the lead it was Clayton who scored it (despite press attempts to attribute another own goal to James Tarkowski) as is the modern trend Clayton respectfully didn’t celebrate scoring against The Bees despite being mobbed by his current team mates.

From the moment they took the lead the hosts looked to stifle and stop the bees getting into their usual flow, captain Paul Caddis particularly looked to stretch rules and disrupt the game, twice kicking the ball away needlessly at throw ins and even sending Jota over the advertising boards with a spear Bill Goldberg would be proud of.

On the odd occasion Birmingham bothered attacking again Moses Odubajo stood strong against Demari Gray forcing the subject of a rejected £5m bid from Bournemouth to look like a little boy lost. When they got round the back Clayton did what he did so often in a Bees shirt and blazed over by an impressive margin, if he’d been more clinical we may have been promoted even earlier in two consecutive seasons and improved on his already enviable goal tally.

Half time came with the hosts leading by virtue of bothering to attack and get a solitary goal.

From the start of the second half the bees looked much more threatening, Alex Pritchard and Moses Odubajo with surging runs struck the fear of god into Birmingham’s back line, only for last ditch tackles or one too many passes rather than having an attempt on goal kept the score the same.

Brentford were showing signs of frustration when not getting a break which allowed Birmingham to create their own chances by taking shots on and to be honest they wasted a host of golden chances to increase their lead.

With time running out The Bees won a free kick on the edge of the D following another Pritchard run. Whilst the wall was being lined up Birmingham’s Stephen Gleeson, for reasons best known to himself, decided he’d stamp on and kick the spurs loanee directly in front of the referee.

In the end the Blues held on to record an important win which prevented The Bees from reclaiming their top 6 place. Luckily non of Bournemouth, Derby or Middlesbrough won either so the gap only grew by 1 point with 12 games left, its still all to play for, anything could and probably will happen we just need to believe
By Chris Horricks